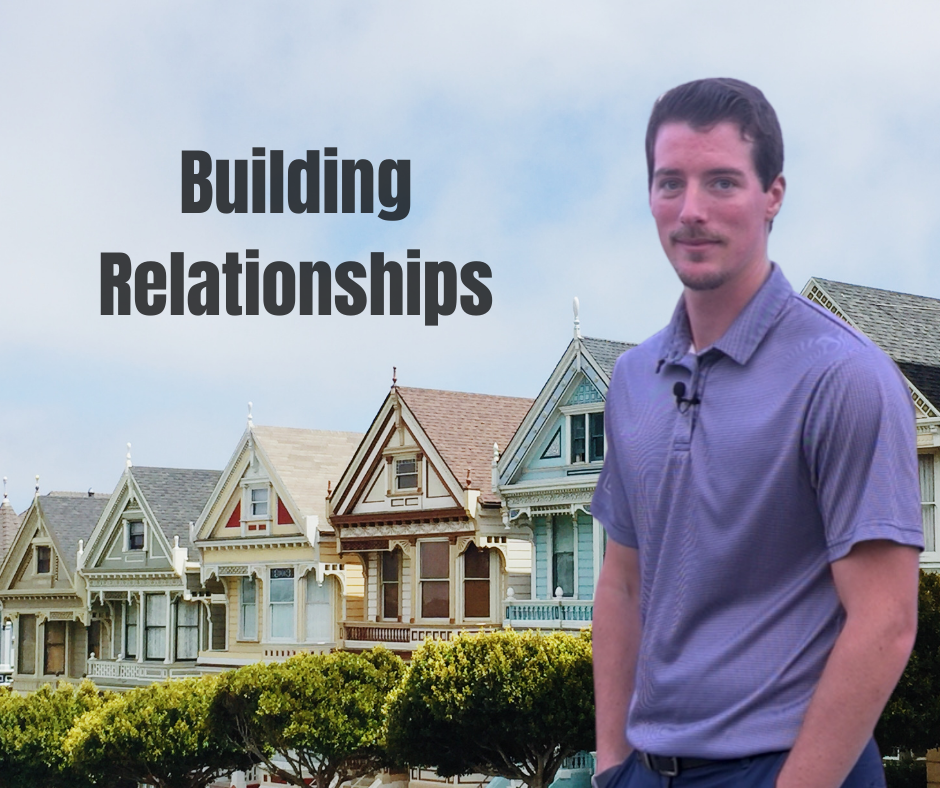 You can’t go to just any broker within the market. It has to be very targeted. You want somebody who has a track record and can bring you deals reliably. Once you build up the relationship and build trust with that person, you’ll be able to find deals. But you need to trust him or her and it goes both ways. They need to be able to trust you too or they won’t feel comfortable bringing you deals. You have to work with somebody who you can build up confidence with so they trust you and know you’re going to  become successful.

We have strong relationships with people who believe in us. That’s one of the ways we’ve been able to create a lot of success. They’re not afraid of us not closing on a deal because they know we’ve closed on many deals before. One of the things you have to conquer and accomplish is building a strong relationship with somebody. It’s not going to happen overnight. It’s going to take you time to connect with people and put it all together. You have to get out there and start building connections with people to make it all happen. Once you get comfortable working with somebody and you’re able to put the deals together, opportunities will present themselves through the relationships you’ve built up in your underwriting deals, and things will come together.

Let’s say you’re brand new to this and you’re getting some objections because you don’t have a proven track record. Something that will go a long way is having a letter which states proof of funds that you have the equity necessary to close on the deal. Even writing a letter just outlining how you’re going to close on the deal to the broker or seller will help.

This is something we did on a land deal recently where the seller wanted us to write them a letter because they were basically in the process of accepting another offer. We came in really late before they were going to sign the contract and I wrote a letter outlining all the specifics of how I was going to get this deal done. This was a specific land deal we were working on, so I told them about the relationships we have through the municipality and how we’ve, in the past, put deals together of the same magnitude and have good relationships with people who are able to help us get the deal done. At the end of the day, it’s about making people comfortable and doing whatever it takes to become successful.

Don’t try to go big on your first deal. If it’s your first deal and you’re having a hard time finding traction, do something that’s going to be a sure thing. Let’s say you have $30,000 that you want to invest into a deal, and you have a limited budget. Go find a deal that fits that model where you can put that money to work and just do something to get started. Stop procrastinating and making excuses. You have to go out there and get something done to acquire some properties.

If you buy a smaller property, you could always improve the value and up the rents. You could flip it, recoup your equity and refinance to get your equity back, and then throw it into another deal. There’s so many ways you can do it, but you have to get started now finding deals and investing. It all starts with the relationship with somebody who has deals.

You’re going to build a relationship by calling somebody who owns real estate. I was on the phone today with somebody who just acquired a lot of apartments and they were looking to sell a smaller deal. It was something that we passed on previously. However, people are looking to sell deals without brokers. There’s a lot of off market deals you can tap into. He was looking to sell this property and he didn’t want to use a broker because he wanted to save on the commission.

If you can connect with people, write a letter, make a phone call, knock on a door or reach out to someone who owns property too, then that’s going to help you open up the door to more opportunities of where you can acquire properties. It’s all about communication and your mindset. If you have a strong mindset and a not afraid to fail attitude, then you’ll be able to figure it out. You just have to take massive action to make it all happen. It comes down to action, connections, relationships and communication. Put all of those pieces into play, go out there, and get a deal. It’s basically right at your fingertips, you just have to go out there, take action and start building connections.

Do you want to learn more about investing into real estate? Check out the rest of our blog!

Once You Have A Deal…

What You Need To Know About Real Estate

How to Invest Into Multifamily Construction