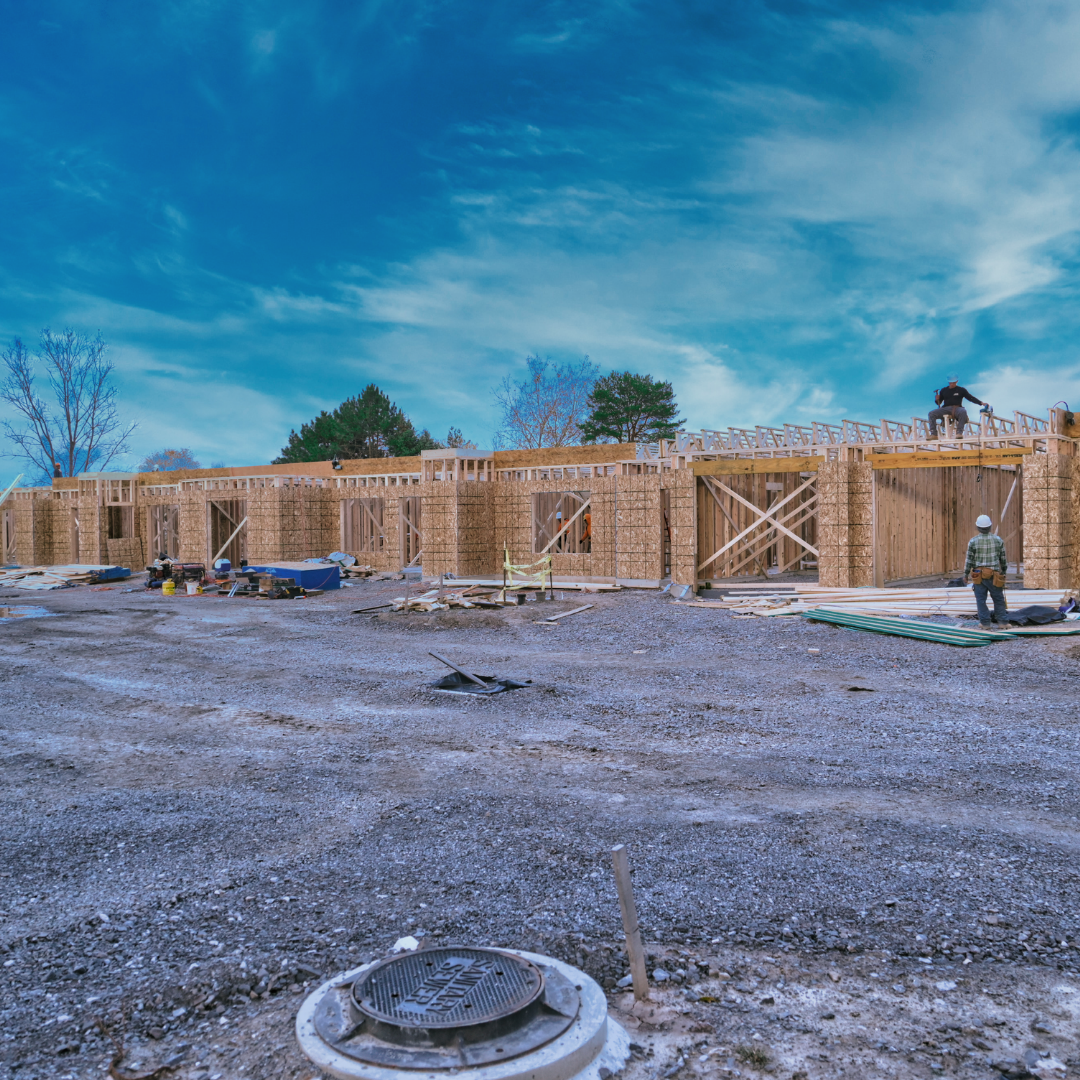 One of the projects that we’re most excited about is located in our home town of Western New York. It’s a land deal that we’re going to put through the process of development. It takes time to put all of these pieces together, but the first step is getting the property under contract. Now we’re in the due diligence and approval phase for getting the entire project completed. So essentially we have to just make sure that our engineer is able to put a viable plan together. We also have to check with the DEC and the army corp for any potential wetland impacts.

There was a lot of mitigation that was completed on the site, so we’ve got a really great parcel of land. We just did a tour of it and it was great to get a visual of how big the land is outside of just looking at maps on our computer. It was good to get an understanding of how everything lays out and where the wetland boundaries are and where the usable land is. We’re putting all of the pieces together.

Then there’s a parcel that’s at the corner which isn’t included in this piece of land. We were putting some plans together to contact the owner of the property to potentially put a deal in place to acquire that piece of land to make our parcel a little bit bigger. It would be a great spot for a Tim Hortons or some type of a coffee shop with a drive through for people to grab their drinks in the morning, have a place to hangout or do some work. It would be popular and successful.

It’s a great site and we’re looking forward to putting all of the pieces together. We have a development meeting coming up and it’s going to be exciting to do some visualizing and drawing out on paper with our engineer on how the sites will be laid out. We want to put a clubhouse on the property and up to 150 units, so it’s going to be a pretty big project. It’s probably going to be cut into two phases. We’ll probably do 60 units per phase and then take it step by step. But first we have to take it to the town and get some approvals.

You have to be very vigilant when you’re looking for deals. You want to look at vacant land deals that have the potential to be redeveloped. This is a deal that came across our desk that someone in our office was just driving by, and I had been working with this seller for awhile. They wanted too much money a year or two ago, but then one of the guys in our office said, “Hey what do you think about this parcel? I drive by it on the way to work everyday.” So we then restarted the conversation with the seller and it came down $1,000,000 in price. The numbers made much more sense at the new pricing to sell the property so we were able to put a deal together.

What You Focus On Happens

You can’t get frustrated because once you do and give up, that’s how you fail. The only reason you would fail is if you quit. As long as you keep working towards your goal every single day, then you’re going to build success from it. When you take a step back and stop working on it, that’s when you actually fail on the project. Therefore, stay persistent and work hard. Keep your drive strong and be excited for the process. That’s going to create a lot of success with your investments.

You want to make sure you’re looking for deals both on listing websites and by driving around. Take a look around your neighborhood, commercial corridors and plazas, malls and grocery stores. All those parcels of land that are located behind those properties are good locations for redevelopment. You’d be surprised at some of these locations you’re driving by. Some of them will be developed, but there’s going to be some that haven’t been touched yet that can be redeveloped. They’ve been sitting there for decades and people haven’t touched them.

Whether it’s something that’s been overlooked or someone may have looked at it and it didn’t work out at the time, it might work for you now.  You just have to make the connection, do some underwriting, make sure the plans work and put the deal together. There’s tons of deals to be made out there, there’s never a shortage. You just have to put them all together to create success. That’s the moral of the story. You can find projects, you just have to focus on putting deals together so you can create success.

Do you want to learn more about investing into real estate? Check out the rest of our blog and our social media!

What You Need To Know About Real Estate

3 Reasons Why You Should Be Investing Into Multifamily Real Estate